Let the Spirit Guide (Finishing Section I of the PCT) 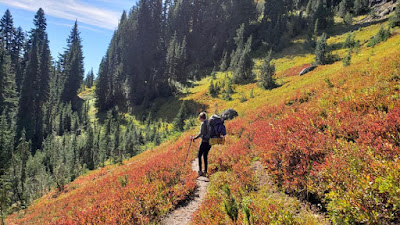 There is a total of 56 “hard earned hiking lessons learned” noted throughout all my posts on my former blog. (Now this blog again since my website attempt failed.) Why did I stop? I haven’t brought any lessons to this new website – practical or philosophical – or at least I stopped numbering them. Maybe because now there is just one ongoing lesson I’m trying to learn and live…let the Spirit guide. Of course, that idea is far too complex (or maybe too simple?) to explain, so I’ll just tell my story. 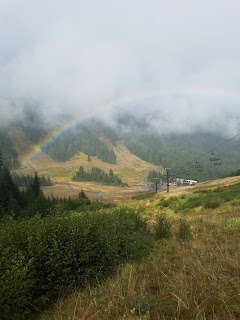 In life, we plan. Of course we do. There is nothing I enjoy more than planning a hike – it’s half the fun. I write it all down, rethink it when something changes, rework the details, rewrite the agenda…prepare. It’s all good. But life (and the trail) often asks you to let it go. Don’t get stuck in your plan. Let things flow. 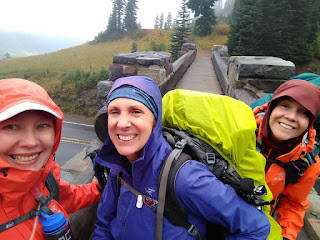 So I did. Bad forecast, roads closed, two car key swap idea out the window…oh well. Throw my painstakingly thought out agenda to the wind and go anyway. Who needs a plan. 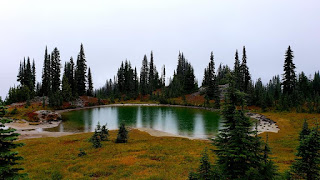 Well, there was ONE important part of the plan to keep – stay in the Crystal Lodge’s walk in only bunk room so we could get an early start on finishing those 38 miles I skipped last time. (The connector trail that would take us to the PCT starts steps from their parking lot.) From there our anticipated daily miles and camps would be a mystery. Let the Spirit decide. (With the help of the Guthooks App, of course!) Though first things first – we needed to drop a car at White Pass where we would be finishing. 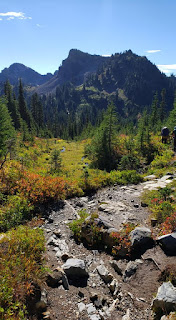 Except when we FINALLY arrived in Packwood to eat dinner (road closures, remember?) we were DONE driving. Then the Spirit whispered in my ear, “Why not just stay here in Packwood and do the rest of the driving tomorrow?” Why not indeed!
And because we listened and went with the flow, we got to listen to the rain pounding down outside our window at the Crest Trail Lodge…instead of being camped in a dark and abandoned parking lot. Turns out the Crystal Resort totally shuts down in September (or maybe it was because of the road closures due to wild fires?) which was a huge oversight in my original “plan.” Good thing that thing was in the dumpster. 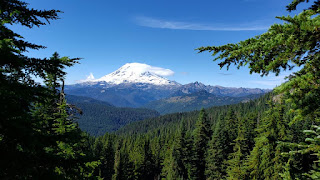 The rest of the trip was more of the same. It evolved and changed as we went along, and it couldn’t have been more perfect. For details you can see the (non) itinerary below. Happy (Spirit led) trails!

Had to go up the connector trail again from the Crystal Mountain Resort parking lot. (Because I wanted to get all the miles done I missed last time…see “Mount Adams Wonderland” post for a better explanation.)  I was told this is called “Bear Gap” but you will find no signs calling it that. (Head toward Henskin Lake until you see signs pointing you toward the PCT – it’s a tough 3 miles.) Finally up on the PCT, we went SOBO another 8.4 miles to Dewey Lake. Unfortunately, my friends had misunderstood that the resort was not directly on the trail at Chinook Pass (thinking we were simply doing the “White Pass to Chinook Pass” hike as described on WTA) so those added 5.4 miles to Hwy 410 were a “bonus” for them.

We were wanting to get a couple more miles in this day so we wouldn’t have to do 14 the last day, but the Spirit said to stop. (Okay, maybe it was my feet, ha ha!) Considering the stream here was looking daunting, waiting until morning to go across it seemed like another good reason to call it a day. And besides, it was a lovely camp. 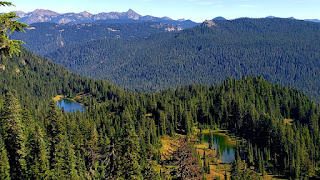 We were all concerned 14 miles were going to make for a really long, tough day – but they were pretty easy and we crushed them in seven and a half hours! That is light speed for me! And thank God, because we had the same LONG detour drive home, since Hwy 410 was still closed. But it was SO worth it (I can’t thank Heidi and Julie enough for supporting me and helping me get these miles in!) and now I only have those last 30 left from Harts Pass to the border (hopefully THAT won’t still be closed next summer) to finally finish all of Washington’s PCT miles! HOORAY! 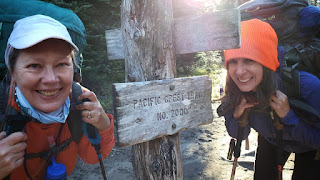 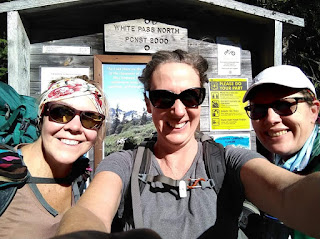