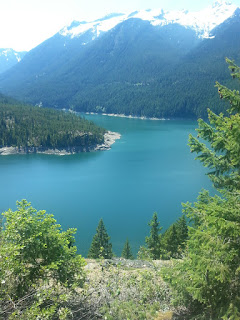 I believe in miracles. I understand though, that if miracles do exist, they are unpredictable at best. Except for the miracle of 3 days of perfect weather on this last Memorial day weekend. That was predicted by forecasters, and it came to pass exactly as promised. Therefore, I knew if I wanted to backpack in the same area as my friend Heather, I would need another miracle of scoring a permit on what I knew would be the busiest weekend ever at the Wilderness Information Center in Marblemount. 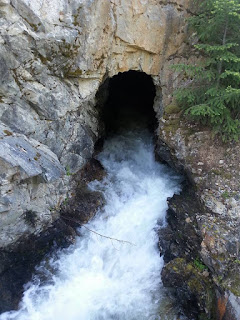 I feel sorry for the rangers who work in poor little Marblemount. Their station is the main back-country permit office for the North Cascades National Park AND Ross Lake AND Lake Chelan. That's a lot of permits to give out, and when it's early season and there isn't much hiking that isn't covered in snow, that is where everyone is going to be headed. I knew I needed to get there when they opened if I was going to have a shot at all.

My friend Heather was already blissfully camped out right on the Ross Lake shore at Big Beaver boat camp because they applied for the early permit online--a system that is just being tried out this year. I don't really understand how it works, except that I missed the window when you could do it. I wasn't really invited to their family party (a birthday outing with their kids and her parents) but I thought if I could get a spot somewhere in the area, I could swing by and surprise them with a present of my awesome presence. ;) 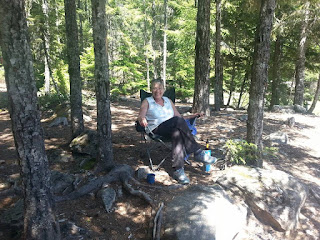 Well, the second I pulled up to the ranger station at 9 am on the dot, I knew there was no miracle in store for me. I bet there were at least 30 cars, and just as many people mulling around the parking lot. Seeing the sign that said they opened at 8 am explained a lot (I guess I looked at North Cascade's Visitors hours online by accident) but I figured it wouldn't hurt to go inside...maybe I would get an unexpected surprise. And wouldn't you know...only one person in line at the desk! Good thing I didn't give up on my miracle!  As I cheerfully smiled at the ranger when it was my turn, he smiled back and asked me for my number. Number? OHHH...you mean all those people in the parking lot have taken a number! Okay, I'm out. No way I'm waiting an hour to hear that there is nothing available.
My plan B was to just day hike in, stay a couple hours, and head back out. It's only 6 miles to Big Beaver camp, and it's relatively flat, and without a big pack on it shouldn't be a big deal. 12 miles total...pheesh, that's child's play! But to maximize my time, I thought I'd cheat a little and save a mile or so by taking the boat over to Ross Lake Resort. I thought I'd be fun, plus I really wanted to check the place out. 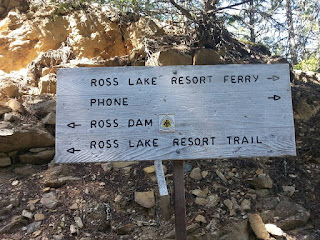 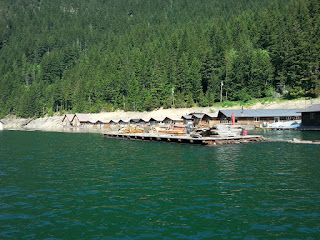 My plan went to perfection, as the boat arrived just minutes after I arrived. (Other folks already waiting had called) When I reached the resort and asked the lady at the desk how to get to the trail, she gave the strange directions of jumping across and "scurrying up" the rocks. Not exactly what I had imagined, but I was able to figure it out. She also let me know if I wanted a ride back, I needed to get there by 5, though I thought to myself that would not be necessary because I'd just do that extra mile back.
Smooth sailing all the way to Big Beaver--what a great trail! It was fun to pop in at the party--I got to take a ride in their canoe, get a complete history of the area from Heather's dad (it's HIS place, ha ha) and a refill of water from Heather's magical strobe light filter. (Also to be used at the rave they were having that night ;)) A look at the clock, and I realized I just may make that 5 o'clock ride after all...and y'know, I really wouldn't mind saving a mile. 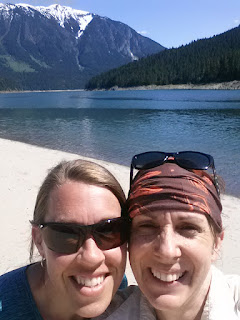 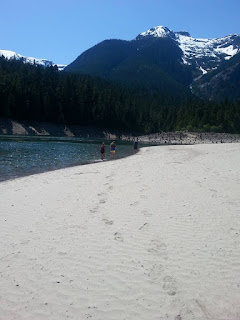 Quick good bye's, and I was off. I immediately started obsessing about catching that boat. I was tired. Who was I fooling thinking 11 miles wasn't going to kick my ass? Watching the clock, I knew I needed to practically run. So I did. For about 5 minutes. I'm really not a runner, even on a good day. Okay, so I'm going to be about a half hour late. Do I risk going down the steep hill, knowing I'll have to go back up AND THEN do the extra mile if she was super serious about no boats after 5? Ugh, I really need to make that boat! So I started running again...and no, that was not going to happen. I conceded to the fact I was just going to beg...they would give me a ride.
And they did! I must have looked a mess, because the boat guy immediately offered me water. I was so thankful they took pity...an extra mile when you feel as done as I felt is really hell. And I still had to make that last mile up to the highway, which was not fun at all. (It took me 45 minutes, which is really pathetic when you don't even have a pack on!)


So I may not have gotten my miracle of a backpacking permit on the best Memorial day weekend in 20 years, but I did get many other miracles; a great day with great friends, lungs that breathe in and out (quite heavily!), legs that get me to where I want to go (even if it is slow) and beauty all around for me to enjoy! The miracle of living is really the best of all. 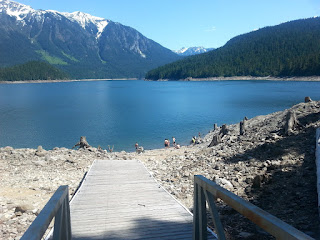 Posted by kellbell at 9:39 PM No comments: