Night in the Gas Chamber 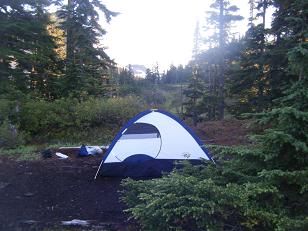 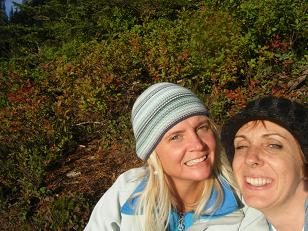 After Mel and I pitched our tent, we decided to sit down in the sun and celebrate.  The previous night we were going through all the gear and trying to keep our packs down to a reasonable weight; it can be tricky deciding what is really  necessary and what isn't.  I had to laugh a little when Rick told Melissa not to pack the Top Ramen because it was too bulky, so she just smashed it up and packed it anyway. (that's what I call inventive problem solving)  After our packs were done, I sheepishly asked Mel if she thought it would be worth it to pack a flask full of a little 'somethin'-somethin' to toast our accomplishment the night of our hike.  I thought she might think I was a lush, but instead she informed me it was already packed. (guess we were on the same page with that one!) 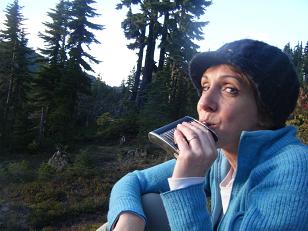 I really debated about writing about that part or showing the video, because I know there are those who believe you can't be serious about loving God if you also drink alcohol.  I understand that viewpoint, because I once held it myself.  But the longer I walk with God, the more He's convincing me of something I think the apostle Paul was also convinced of...it's not about 'the rules'.  This is what I'm talking about:

Let love be your only debt! If you love others, you have done all that the Law demands. In the Law there are many commands, such as, "Be faithful in marriage. Do not murder. Do not steal. Do not want what belongs to others." But all of these are summed up in the command that says, "Love others as much as you love yourself." No one who loves others will harm them. So love is all that the Law demands. (Romans 13:8-10)


I understand I need to be careful with alcohol because it has the potential to do much harm, nobody would deny that.  But whether I drink it or don't drink it does not define my heart towards God or others, that's how I see it anyway.  I'm learning to not worry so much if others see it differently or if they judge me, because ultimately it is God who is my judge, and only He really knows my heart and is able to change it and make it loving.  I sure am thankful for that.  So, after the sun went down and the Jack Daniels was gone, it was time to explore the area as much as possible before it got dark. Unfortunately, when we got up from our little rest we found our butts to be quite wet. 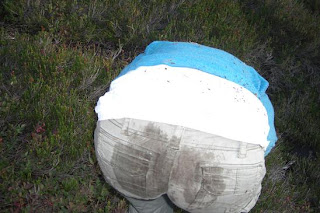 Ugh--and it was getting cold fast!  We had packed some extra clothes, so we switched our pants and put on anything extra we had.  I must admit, I was not looking my cutest. I think Mel referred to this as my "clown outfit"--and it makes me wonder if  "What Not to Wear" would consider doing a hiker special. 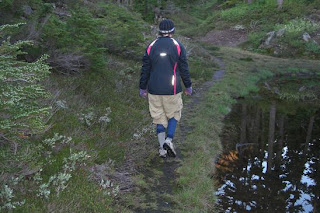 After we made dinner we headed to what I will refer to now as the gas chamber. Poor Melissa, I don't know what was in that dehydrated teriyaki dinner, but I really don't think it was compatible with the human digestive system.  (not mine at least)  Normally I try my best to encourage Mel to quit smoking, but that night I was begging her to light up "just one more", because even though I'm not the biggest fan of cigarette smell, anything was better that the toxic concoction that was spewing out of me.  Somehow we survived the night, but I'll have to write about that next time.  I promise to wrap it up then.
(PS...sorry, no video...I couldn't manage to retrieve them from our broken down computer. Maybe that's a blessing ;)
Posted by kellbell at 1:03 PM 1 comment: