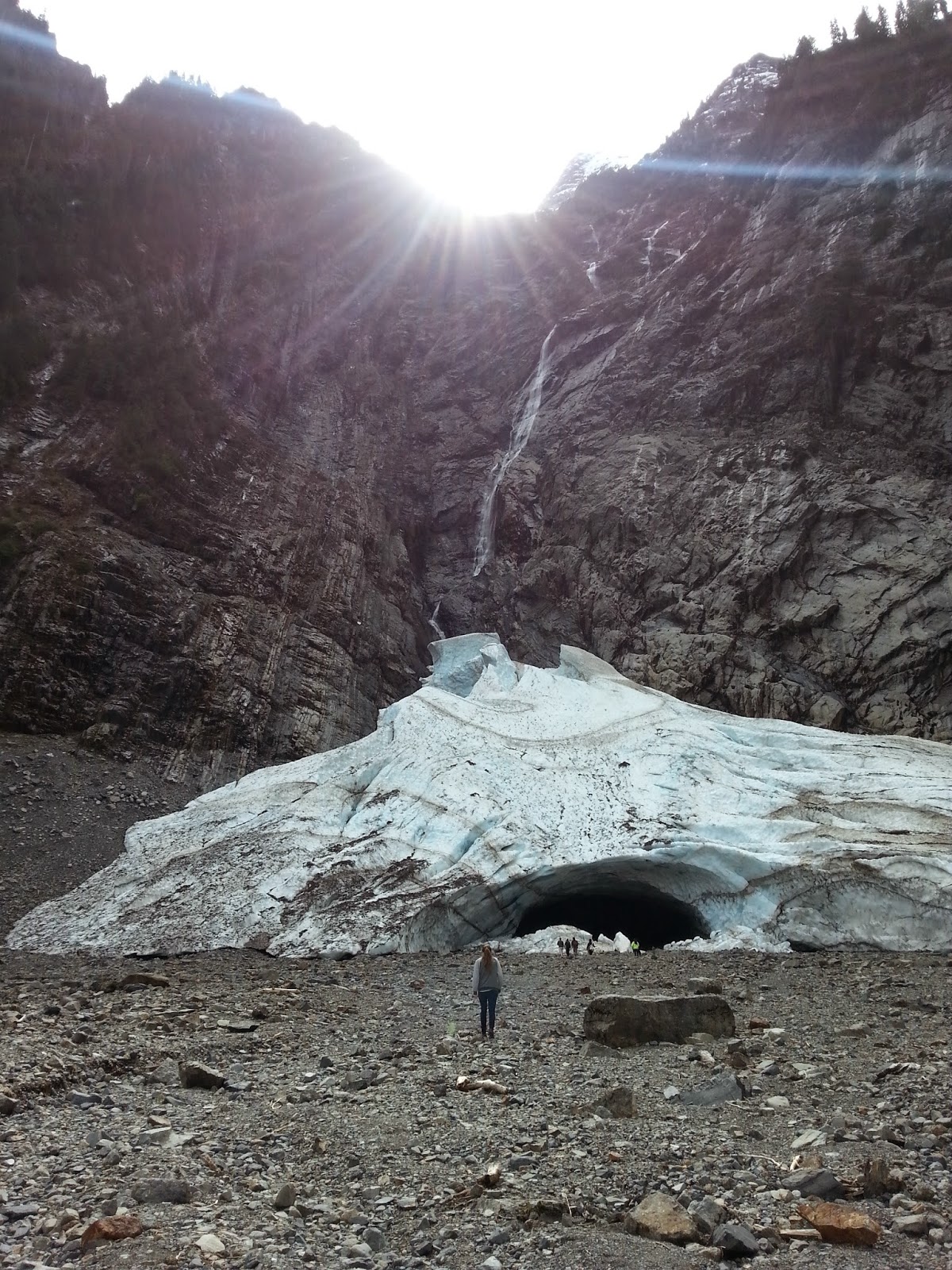 As cool a name as the "Ice Caves" have, it's not a place I felt I ever wanted to go. It sounded too cold and dangerous...someplace only expert hikers would dare visit. Your laughing if you've ever been there, because you know nothing could be farther from the truth. 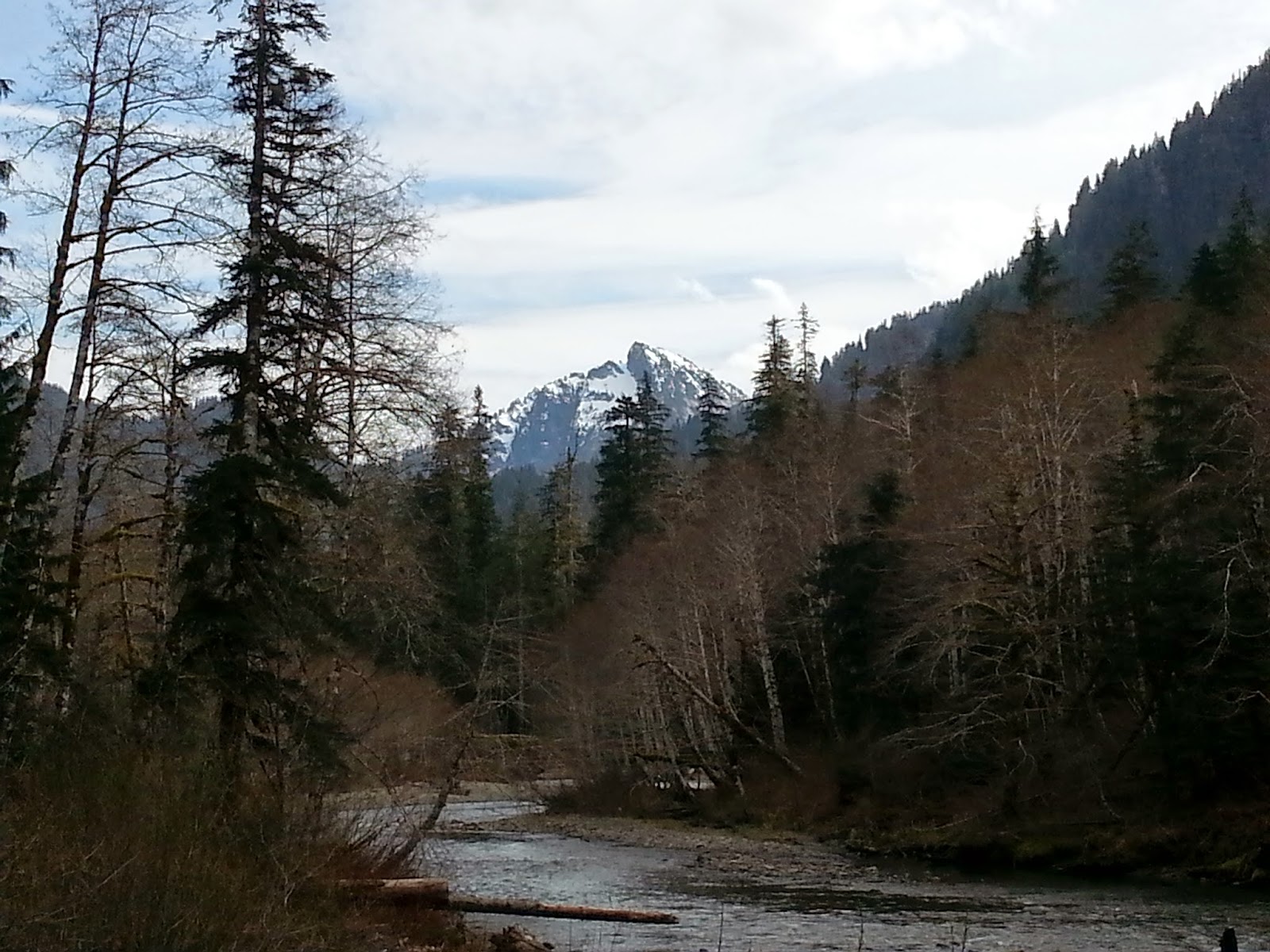 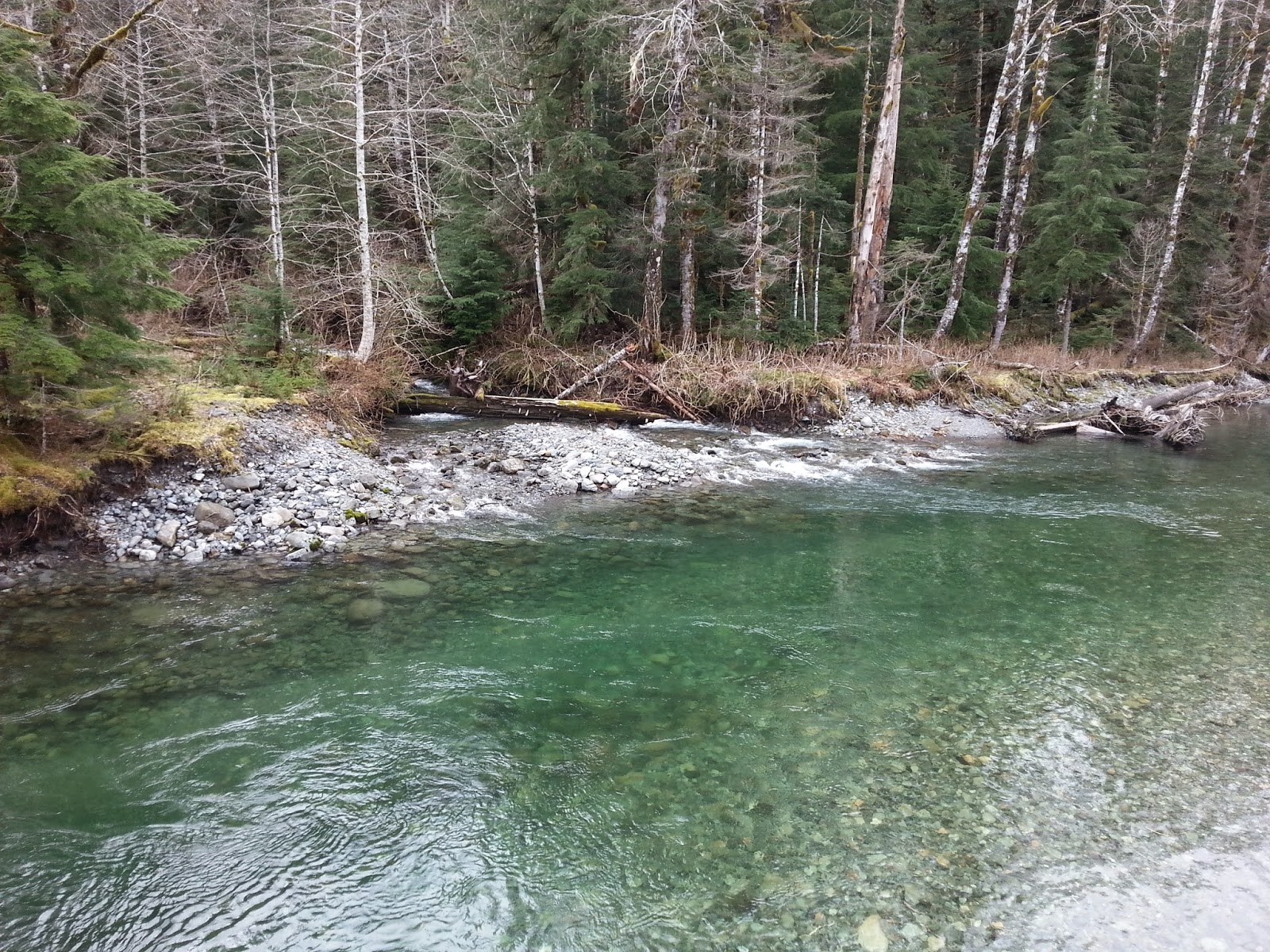 I starting looking into the possibility of taking my girls there when I saw so many trip reports popping up I figured it couldn't possibly be as formidable as it sounded. I was disappointed to read it was only a 2 mile out and back; I mean, that's not just nonthreatening--that is downright trivial! It was hard to believe it could be worth the hour and a half it would take us to get there. But, knowing my girls aren't into long miles, and hoping for a big payoff with the caves, we all voted to give it a go. 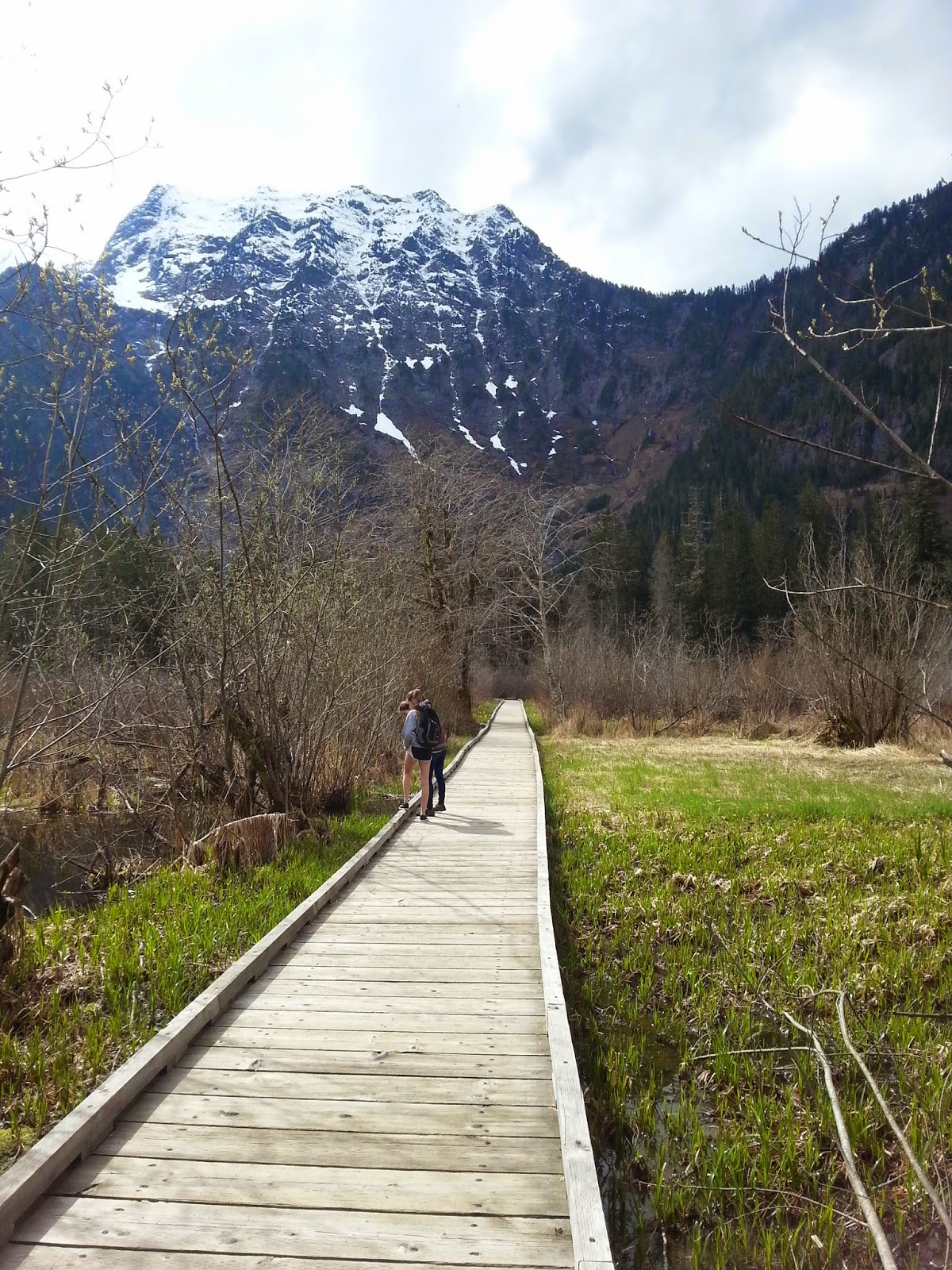 The first clue that this is not any sort of Antarctic expedition is the massive parking lot, complete with spots for buses. Yikes! This place had tourist trap written all over it, and I was wondering if we should head back down the road and do one of the "real" hikes we passed on the way. But there was no way we could leave without checking out what these caves where all about, so off we went along the paved pathway. At just about the time I was wondering if we should have brought some Segways along, the path turned into a pretty neat boardwalk that weaved through a beautiful marshy area. The trail was just starting to turn into something that felt a little more "real" when we came to the road block. I could sense that my dear Amber,(who is never one to ignore a warning; especially one with the words "extremely dangerous") was not exactly keen on thumbing her nose at such a strong exhortation. But here's the thing; you don't build a parking lot and pave a thoroughfare and build a substantial bridge in order to keep people away from an area.The verbiage "not recommended" instead of "not allowed" was enough to give us the permission to forge ahead. 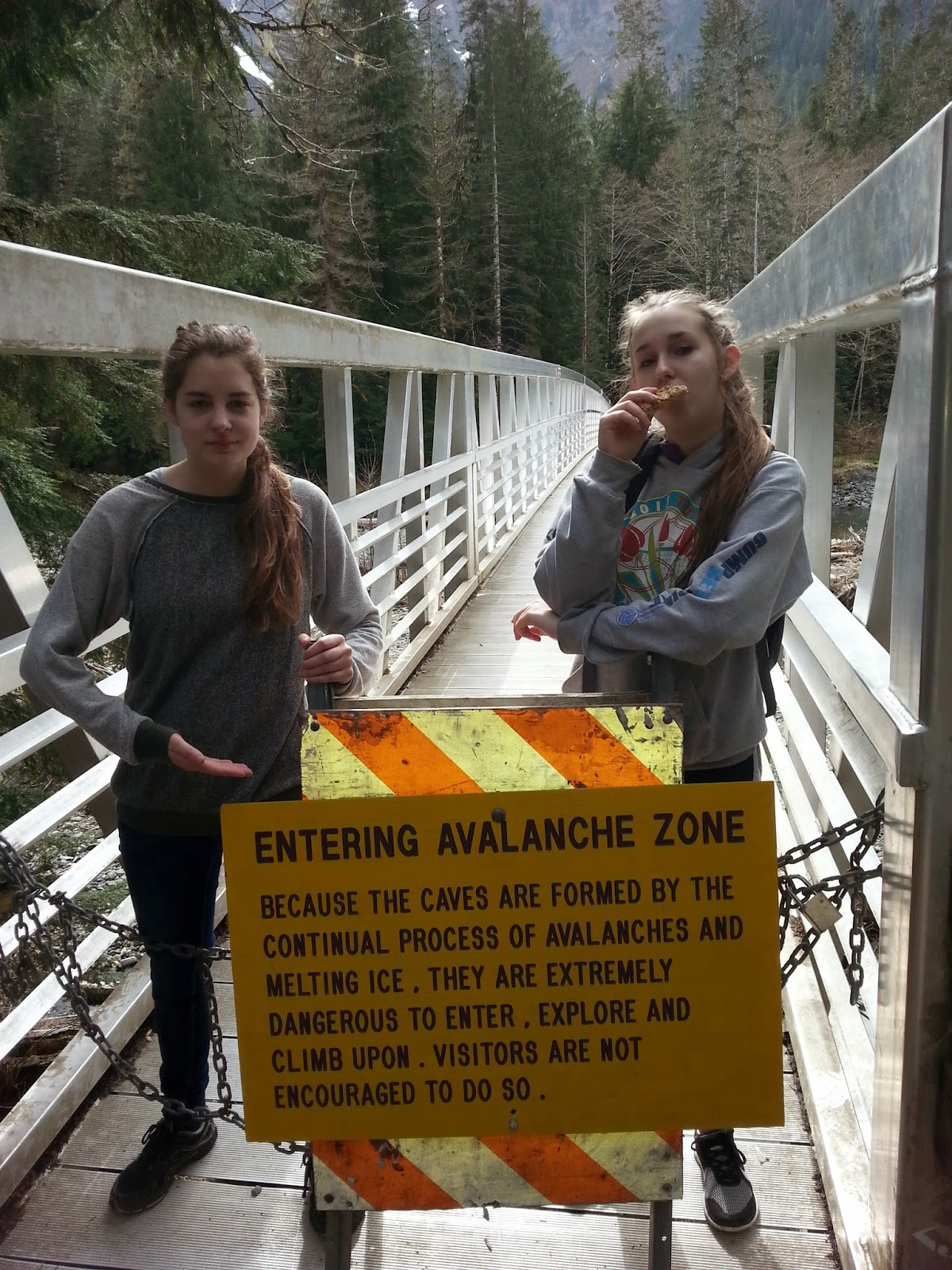 We knew we must be close to the caves when we came across yet another set of dire caution signs. Looking at the horrific scenes on each one, Amber mumbled, "proceed forward and you shall die". She was, of course, being funny; though the fact that a young girl did die in the cave when a chunk of ice fell on her in 2011 is no laughing matter...in no way did we take that lightly. 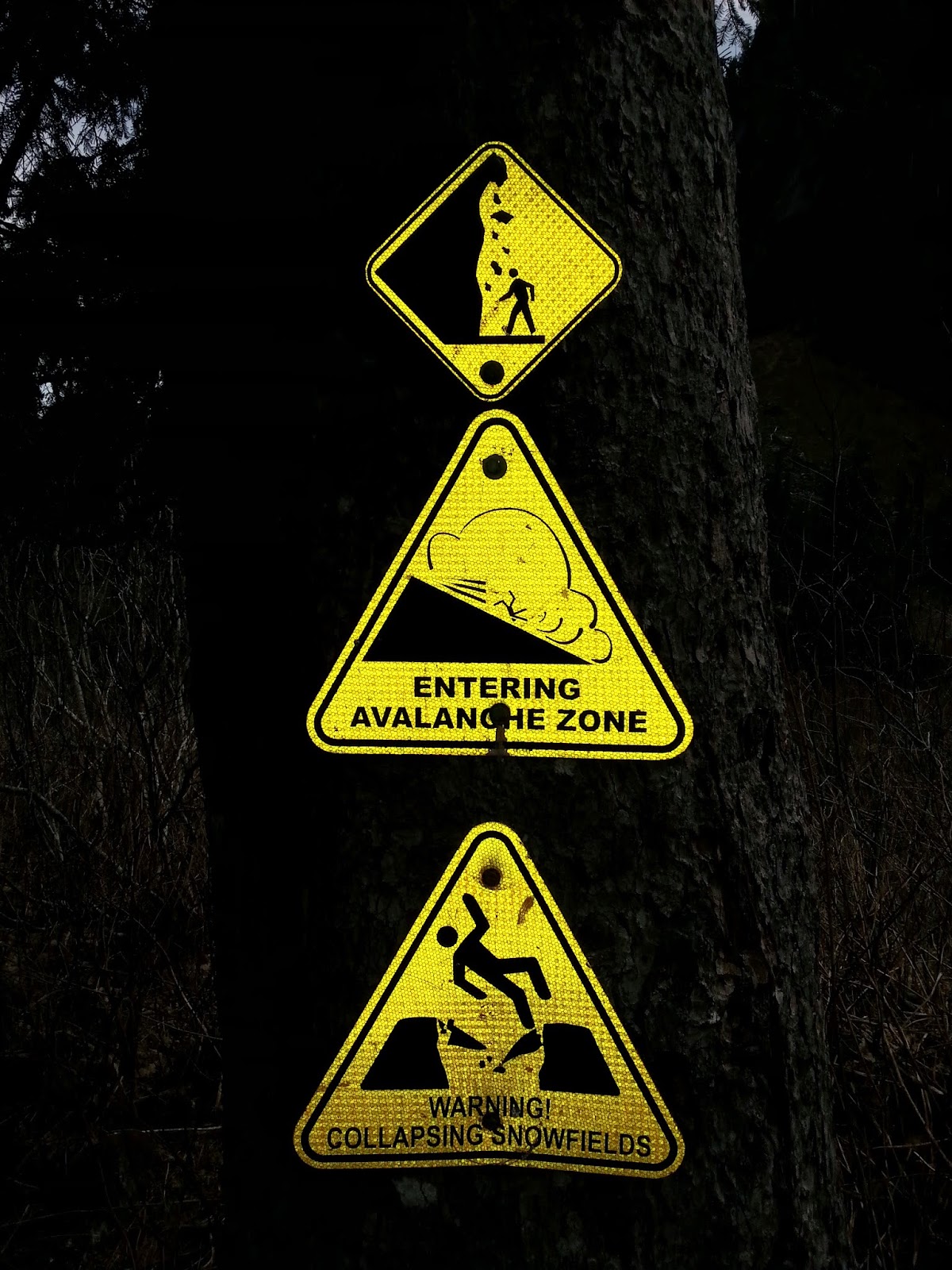 I understand the need for warnings, but I also understand the need of some to enter the caves anyway. (Not us!! Made me so nervous just to watch the ones that did!) The truth is though, that flirting with death makes us feel more alive. We need the freedom to do it, even if it's stupid and ends tragically at times, because living in a world without that freedom is it's own kind of death...in my humble opinion of course. (there are limits to this logic--understood.I'm just thankful to be able to visit the caves even when people are idiots. ;)) 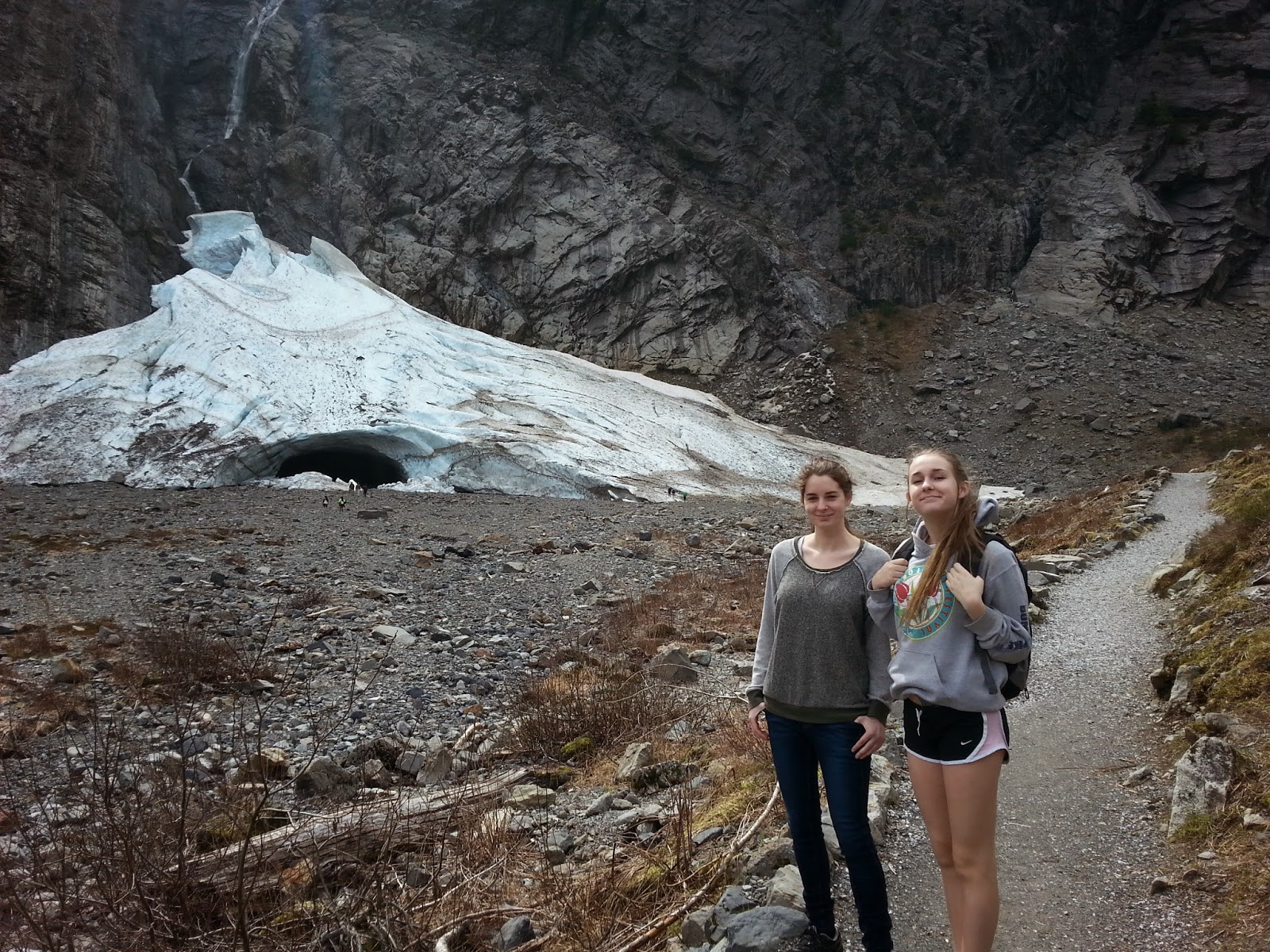 I was so glad I didn't bother looking up pictures or showing any to the girls, because when coming upon the massive cave we were all shocked at the glory of it. (sorry to ruin it for you, ha ha...but honestly, as always, pictures never do the real thing justice anyway) Don't let the name "Big Four Ice Caves" fool you. From what I can make of it (when looking up older pictures once we got home) three of the caves have merged into one mega cave, and the last "cave" is separate and more of a tunnel. (with the thrill seekers daring each other to run through it) 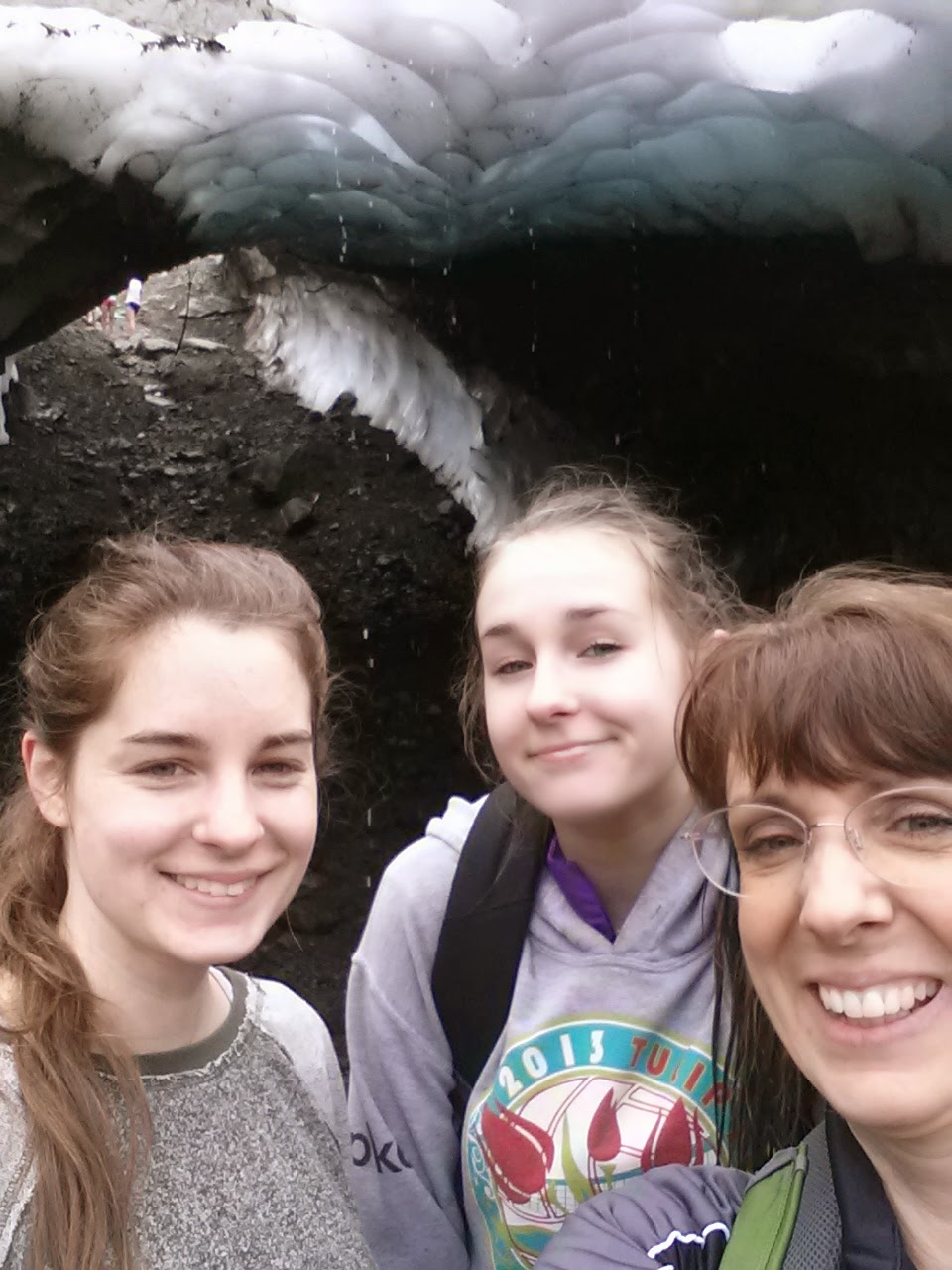 As much as we were awed by the cave, I think we were even more in love with the giant wall with all kinds of lovely waterfalls cascading down.This was an unexpected bonus, and it made the magical day even more extraordinary. 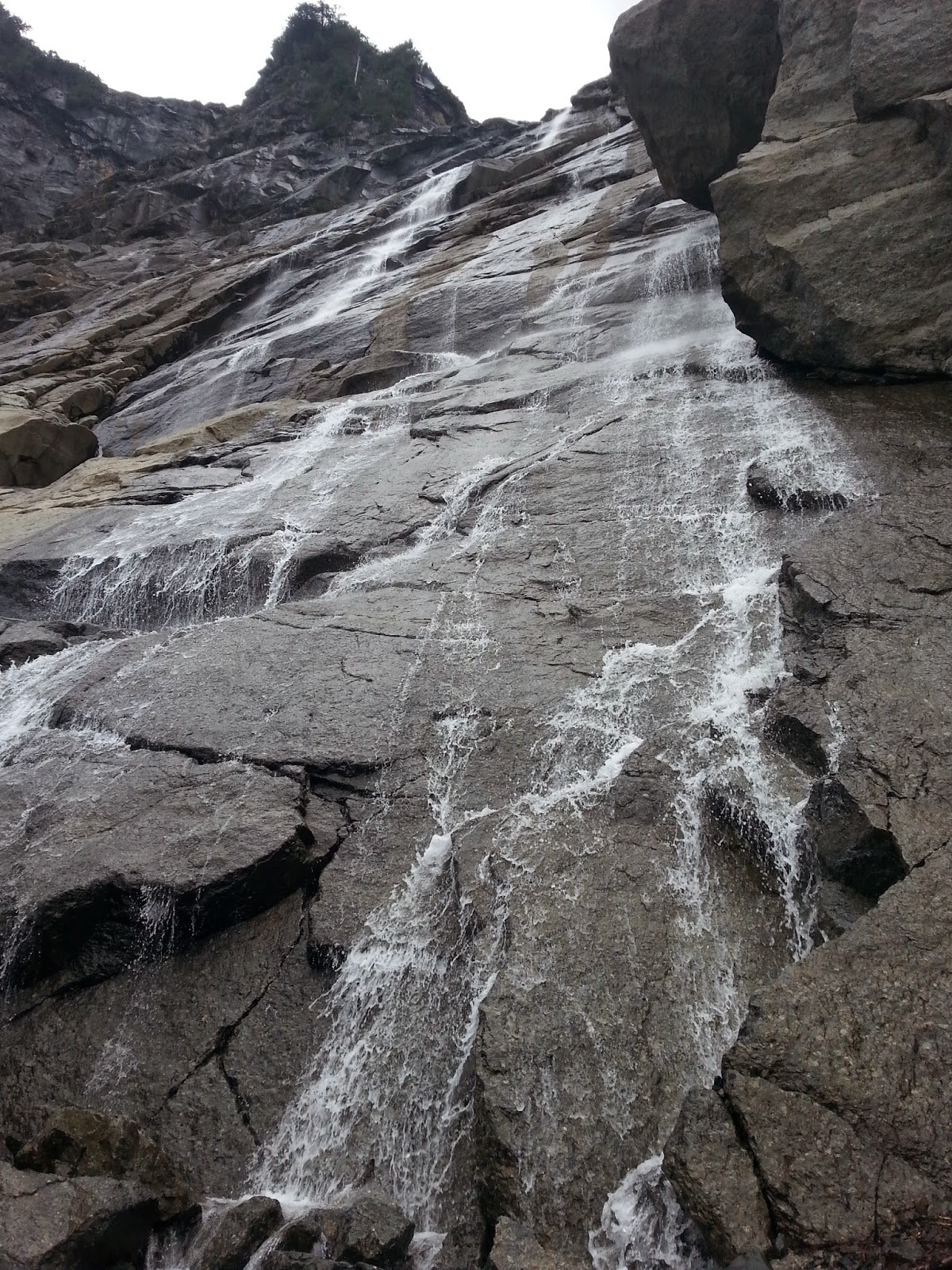 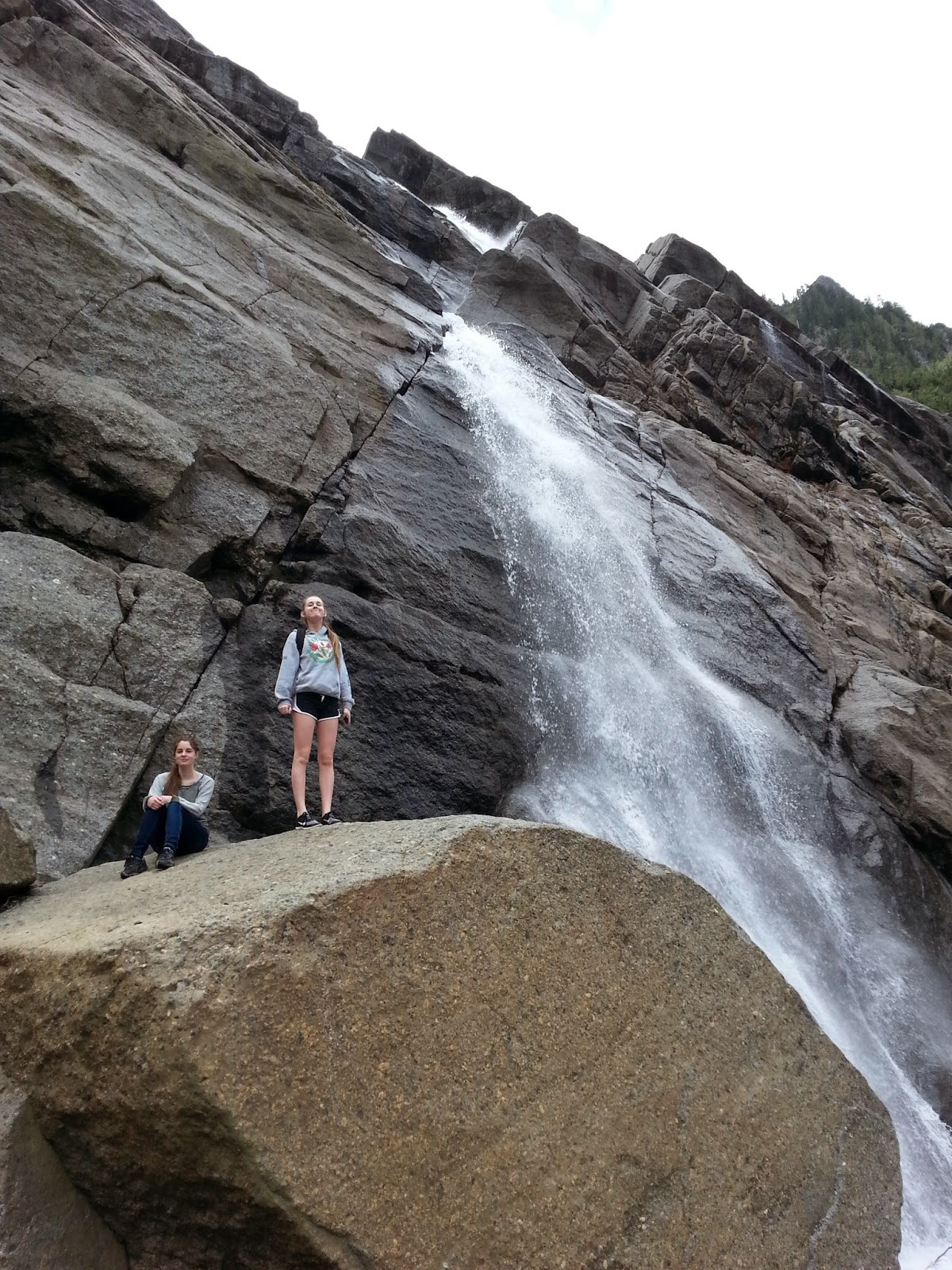 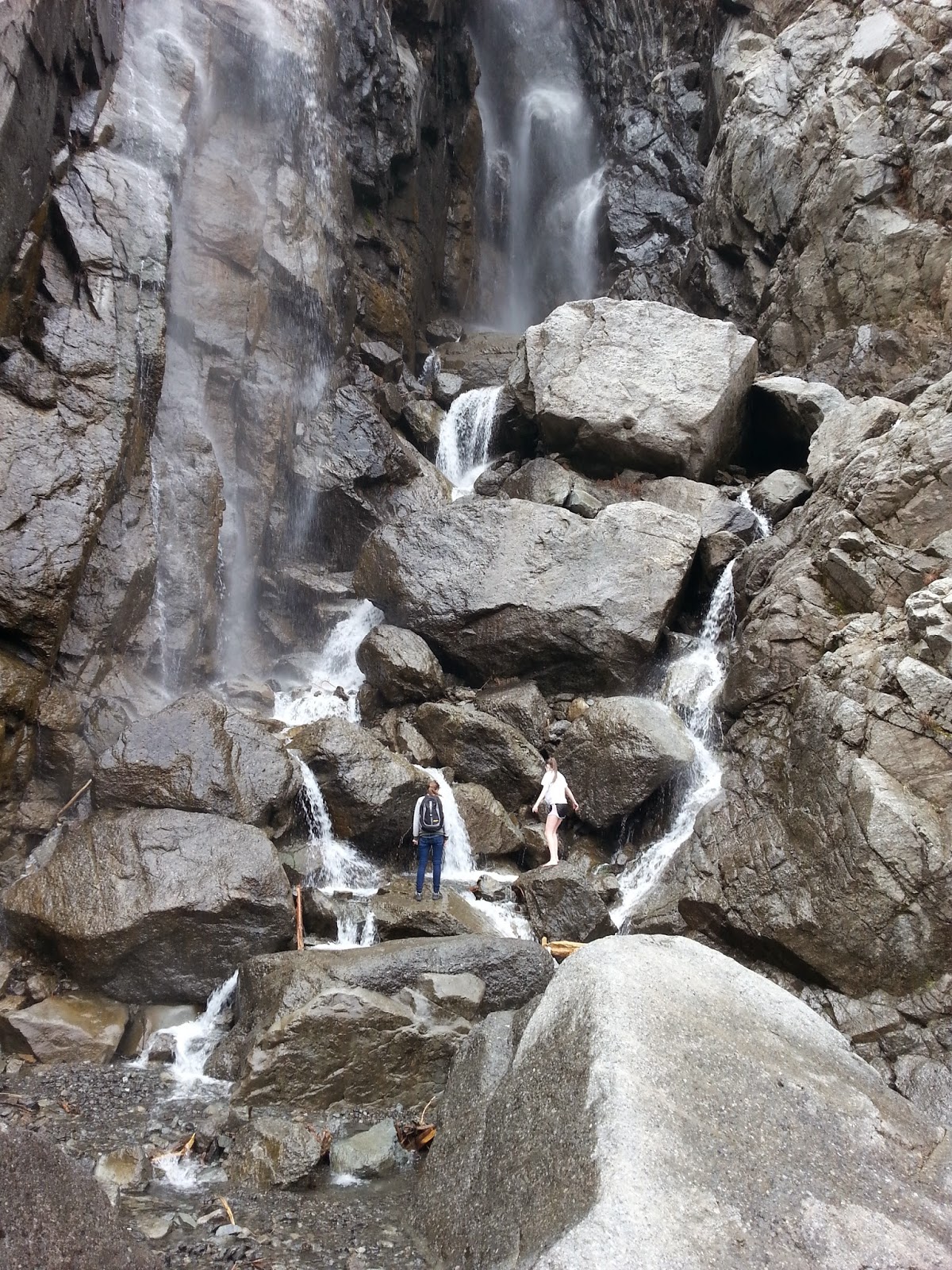 Summer was amped up for danger, and with no possibility of her mother allowing her near the caves, she decided she wanted to stand under the freezing cold waterfall. Even though she didn't exactly make it under the big one, she did put her head under a smaller one and felt quite proud of herself. The little victories of doing the things that scare us, seeing new sights and experiencing a bit of adventure--that is living my friends! 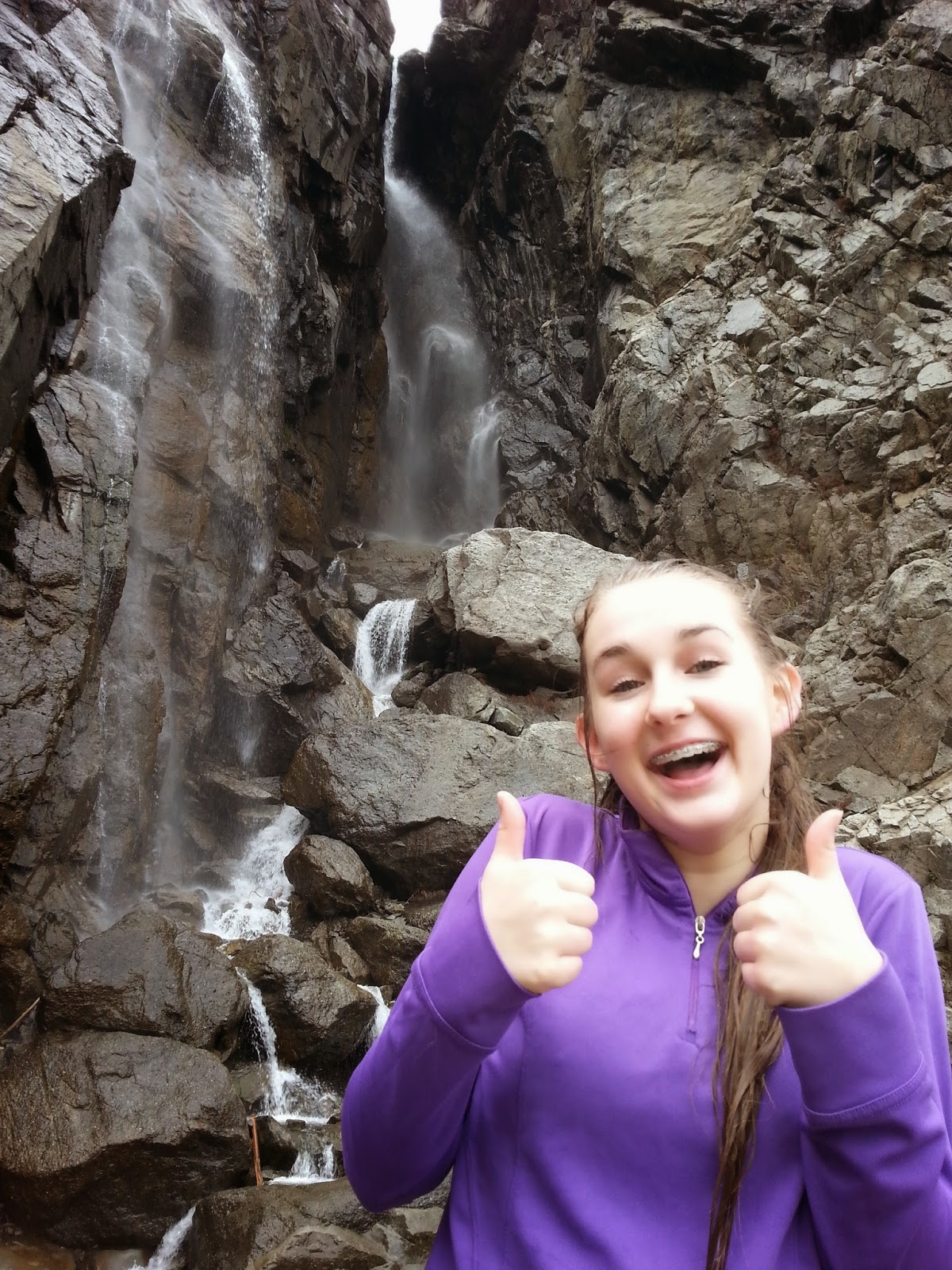